Welcome to Luther Prep Alumni!
Our mission at LPS while you were students was for you to prayerfully consider serving God as a pastor or teacher. About half of you become pastors and teachers in the public ministry and half serve God in personal witnessing and service - and we would love to hear and share updates of your lives, and help you stay connected to your Luther Prep home.
Please click on the LPS Alumni Update Form button below and update your contact information, or share any personal updates or good news for our LPS Alumni Director, Dominique Wrobel. We would like to be able to share these updates here.
Be on the lookout for *new* Alumni events and updates as we strive to have stronger connections with you.
Parents of Luther Prep Alumni are also welcomed to share updates about their children (LPS Alumni)!
We are excited to see and hear from you. We have been blessed to have 26 years of Luther Prep alumni, and pray the Lord continues to bless us with many more.
For more information or questions, contact Dominique Wrobel.
LPS Alumni Updates 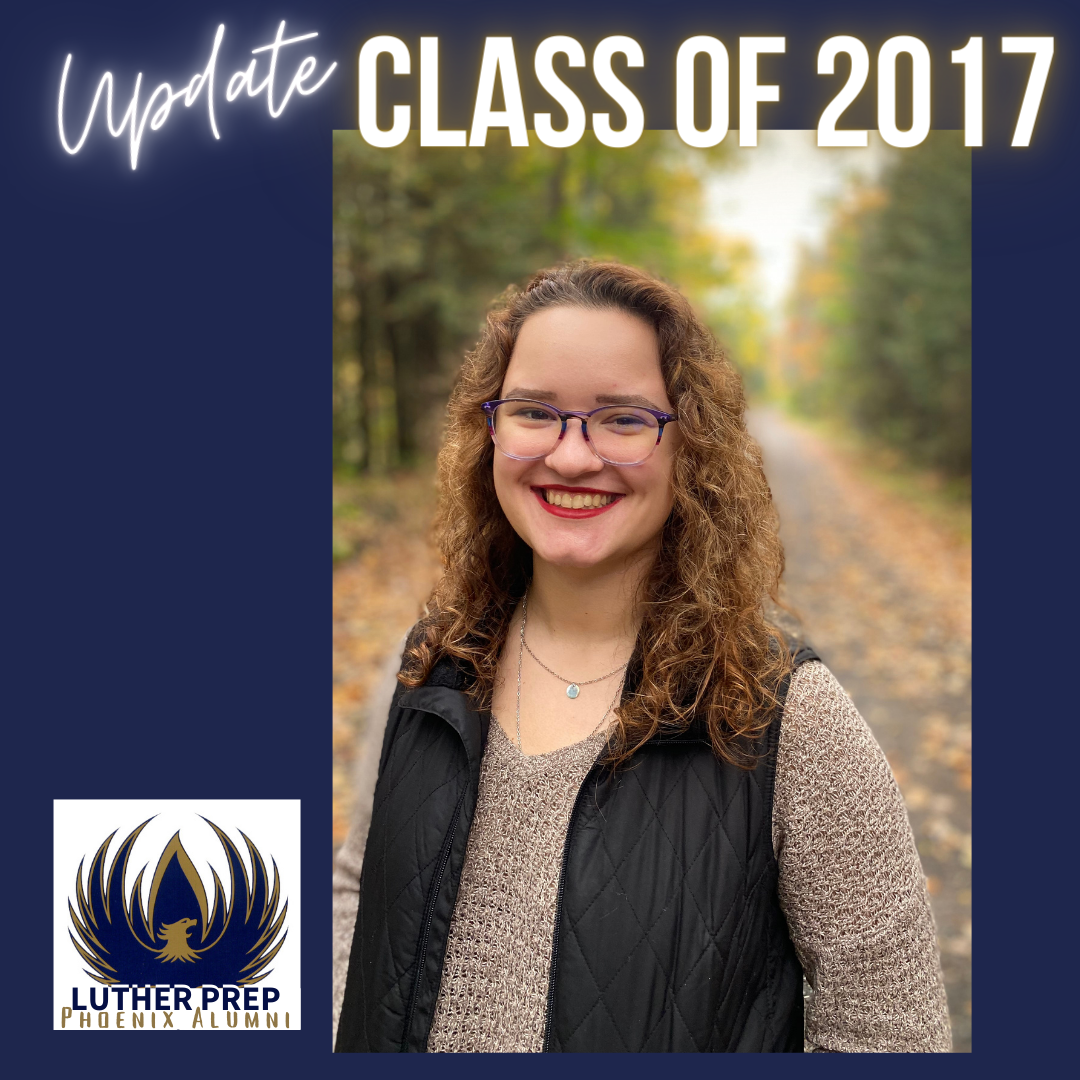 "I just graduated with my Bachelor's of Science in Biomedical Science from St. Norbert College in De Pere, WI this past spring, as well as started my PhD in Integrated Biology at University of Iowa in August. I am so thankful and blessed for the strong education and practical skills I learned at LPS to better equip me on my path to success in undergrad, and even here in grad school!" - Emily Hirsch, LPS 2017 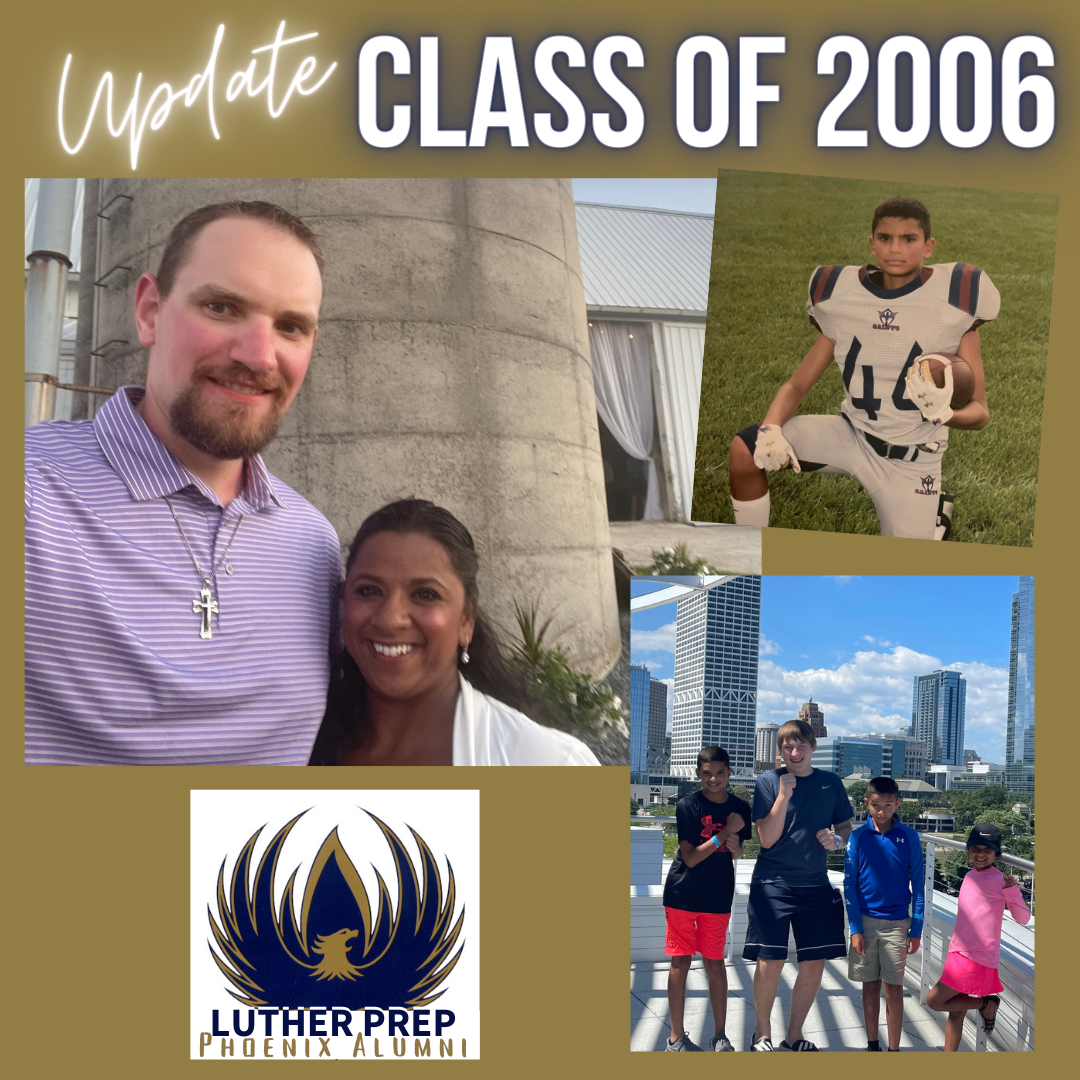 "God has blessed me with a Christian husband (FVL 2006 grad). We have been married for thirteen years.  We lived in Minnesota for two years after being married and our first son Caleb was born in 2009. Then moved to Grafton/ Marquinhos area for three years while my husband finished Pharmacy School. During those three years, we had another son( 2011), Micah, one miscarriage (April 2013), and a daughter, Esther, born in 2014. That same year, my husband finished his school and accepted a job offer with Walgreens as their Pharmacist in Minocqua WI. We had a wonderful church family and school at Trinity in Minocqua for 5 years. Due to the lack of family gathering and the long distance driving to see family, we decided to move to Appleton.
I have been living in Appleton WI since 2019. Soon after I moved, I started working as a Daycare cook for St Paul Childcare Center. I am so a aftercare teacher for the school. My husband still works for Walgreens  their Pharmacy Manager. Now Caleb is a seventh grader who started football through FVL,. Micah is fifth grader, who is in his second year of cross country.  Esther is in second grade, who is not in any sports yet. However, she has a heart of gold. She brings joy and beauty to our crazy busy family. And finally, Jonah, just started Kindergarten. He enjoys singing every hymn he learns in school.
I look at my life since graduating from Luther Prep(2006), and I am tremendously blessed by my God and Savior. My passion to be a teacher was never accomplished, but God has given me four children to whom I have the privilege of sharing Jesus with them every day. I have been teaching Sunday school since 2007 and I am absolutely enjoying it. I pray for children to attend Luther Prep and have same privileges I had there. I cannot thank the school enough for everything they did for me in the four years I was there. I love being part of such an amazing school." - Rebecca (Hahn) Huth, LPS 2006 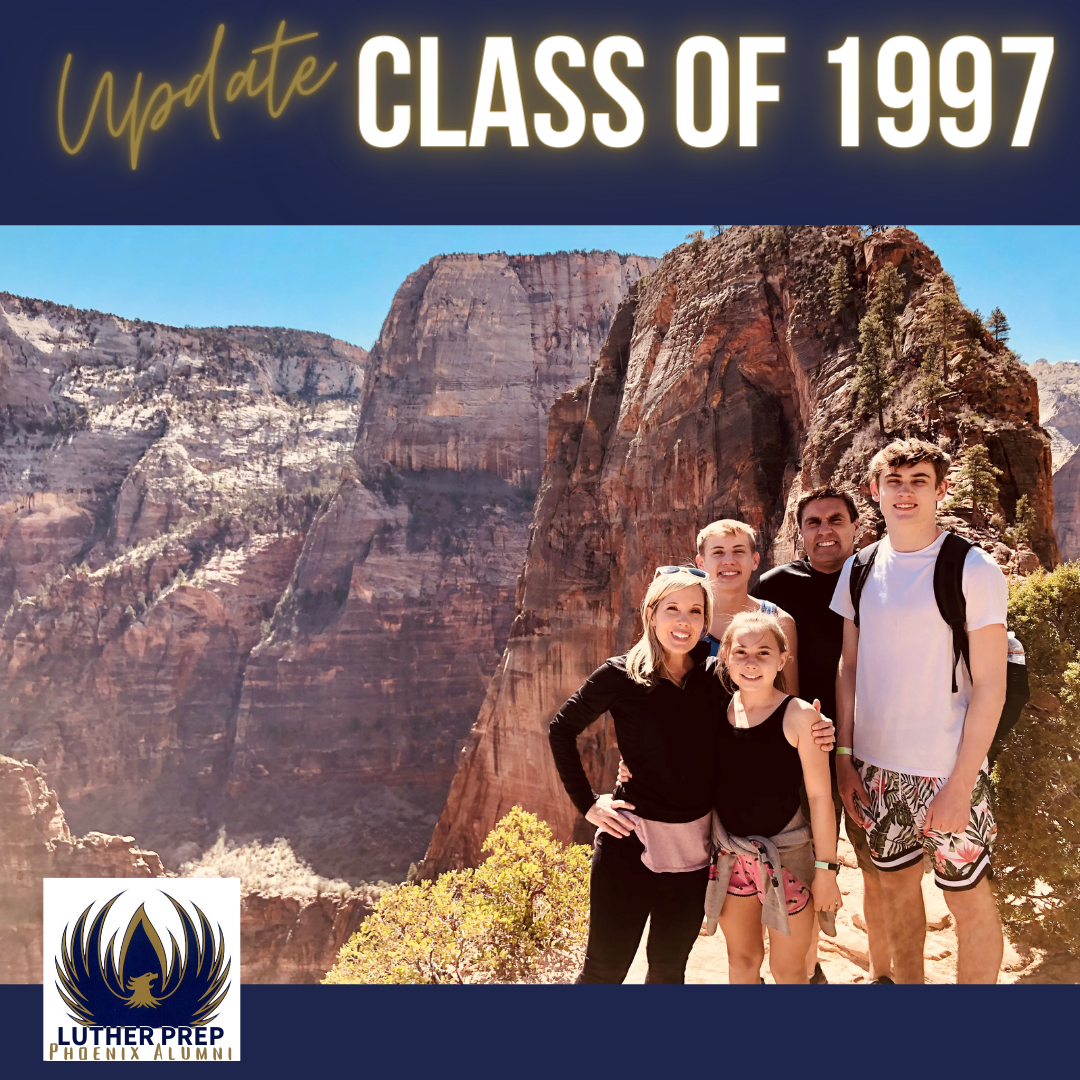 "We currently live in Henderson, Nevada where we have been for the past 14 years. Our two sons, Ethan and Mason are enrolled in their junior and senior year at Luther Preparatory School. We are truly blessed to pass along this amazing Christian education of LPS through our children!" - Tanya (Spevacek) Busse, LPS 1997 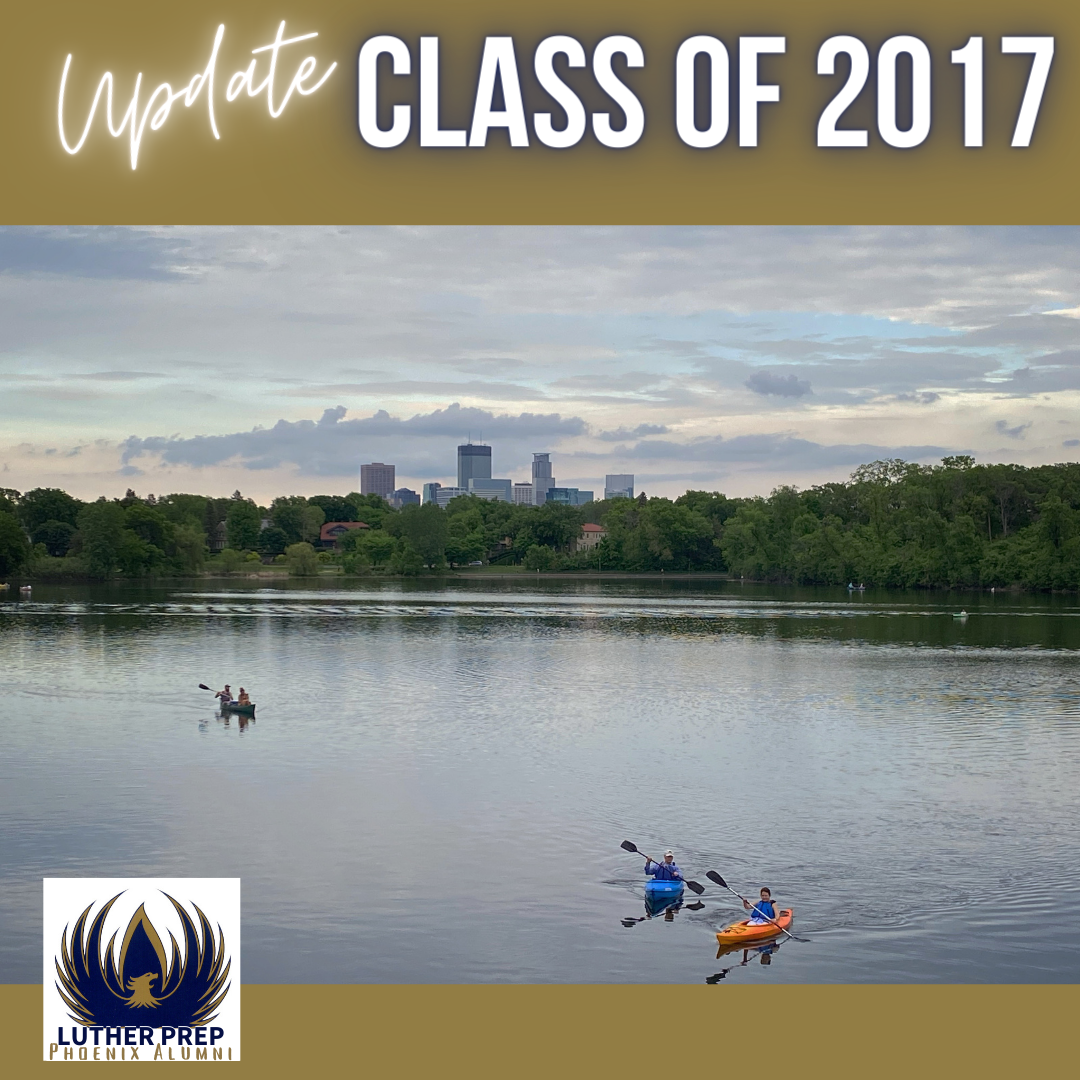 "I have accepted a full time job with Ernst & Young in Minneapolis as a Staff Auditor. I started two weeks after graduating from UW-Eau Claire." - Joe Micheel, LPS 2017 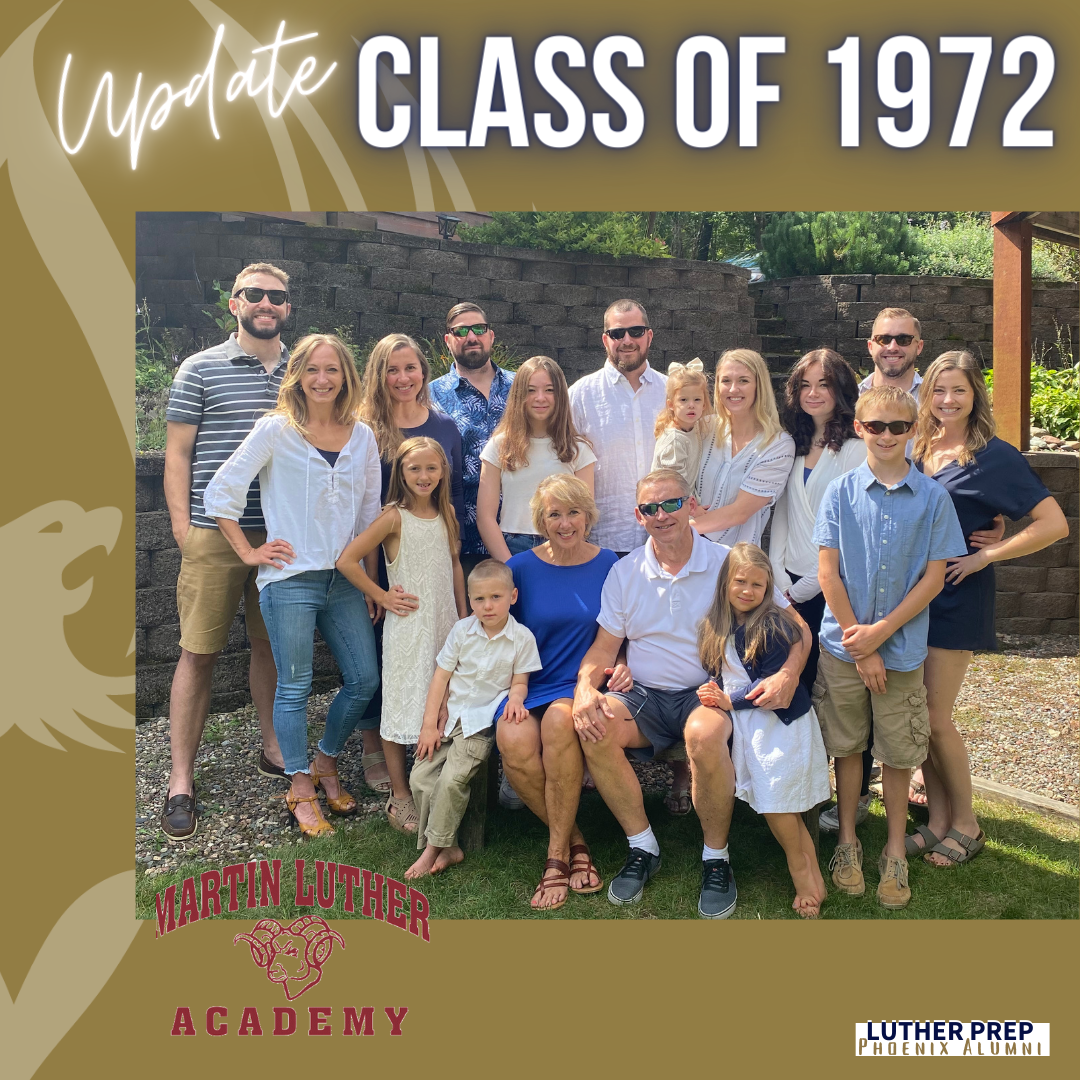 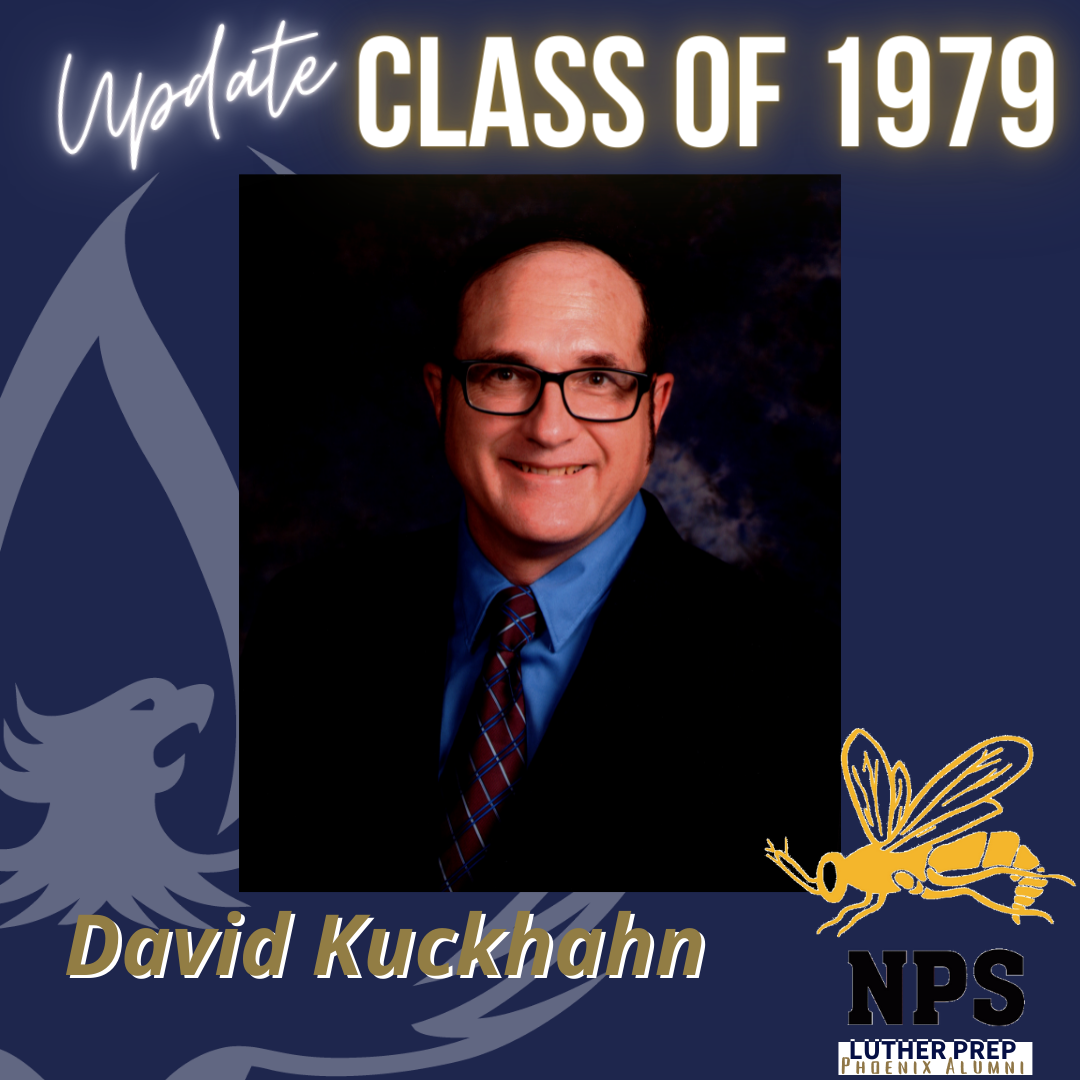 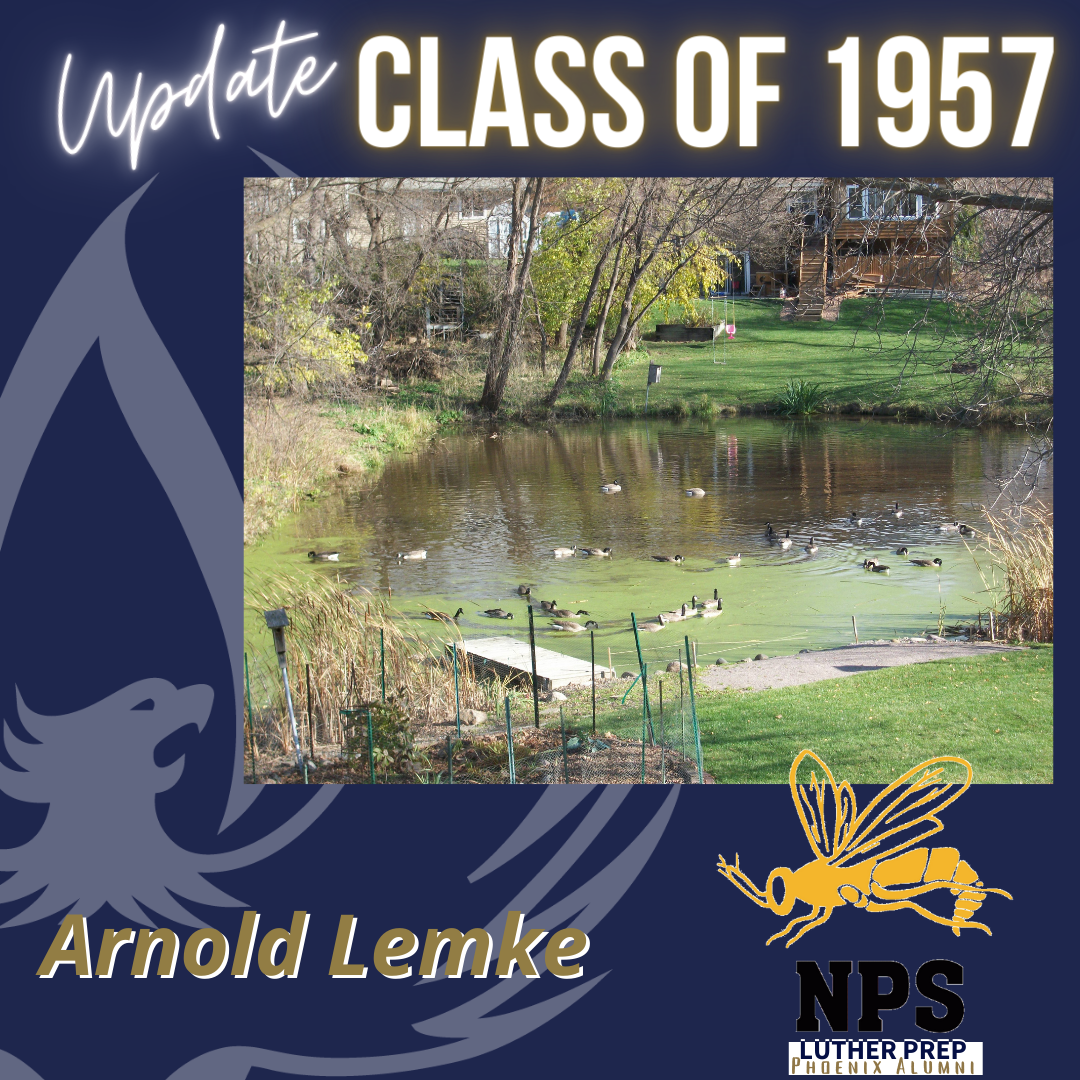 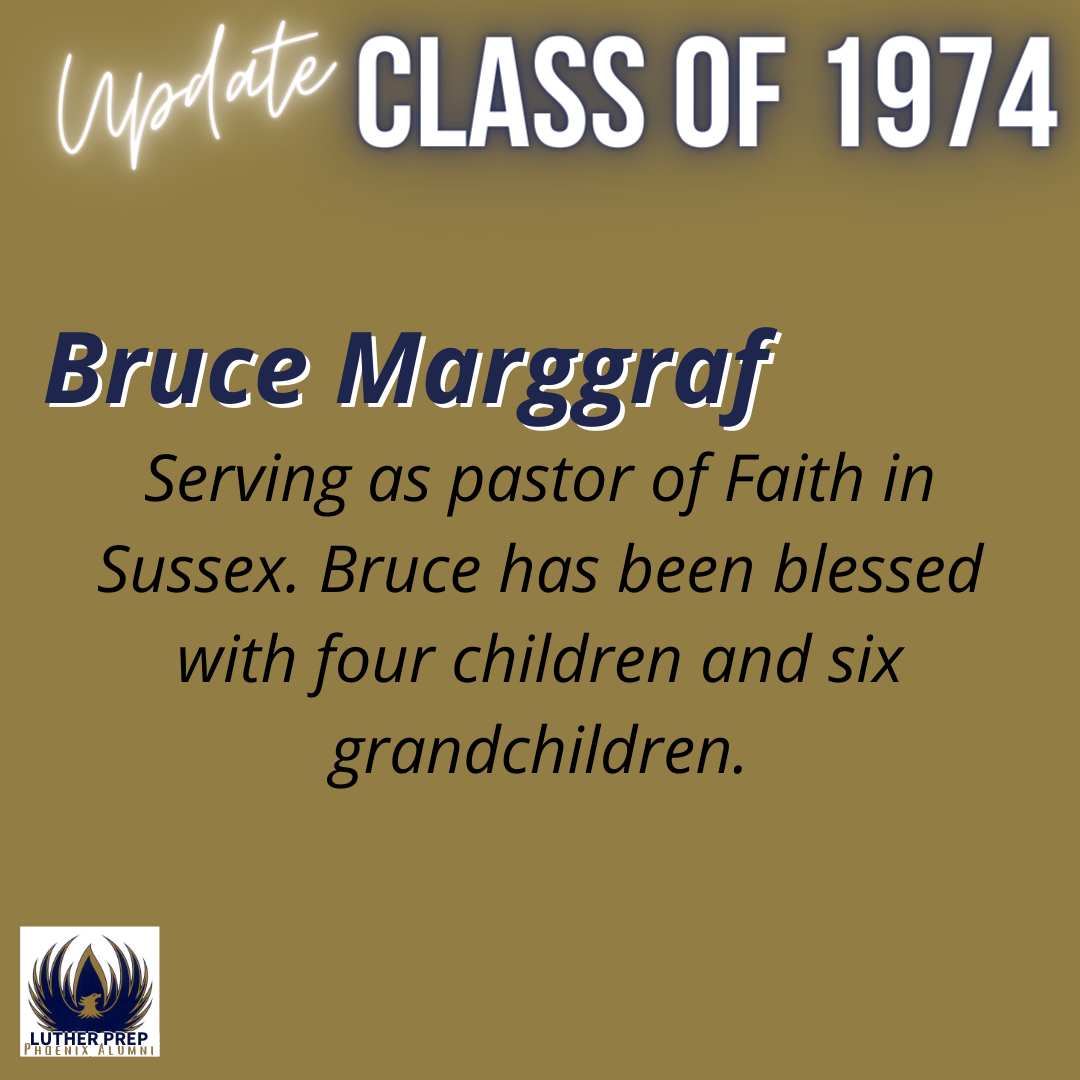 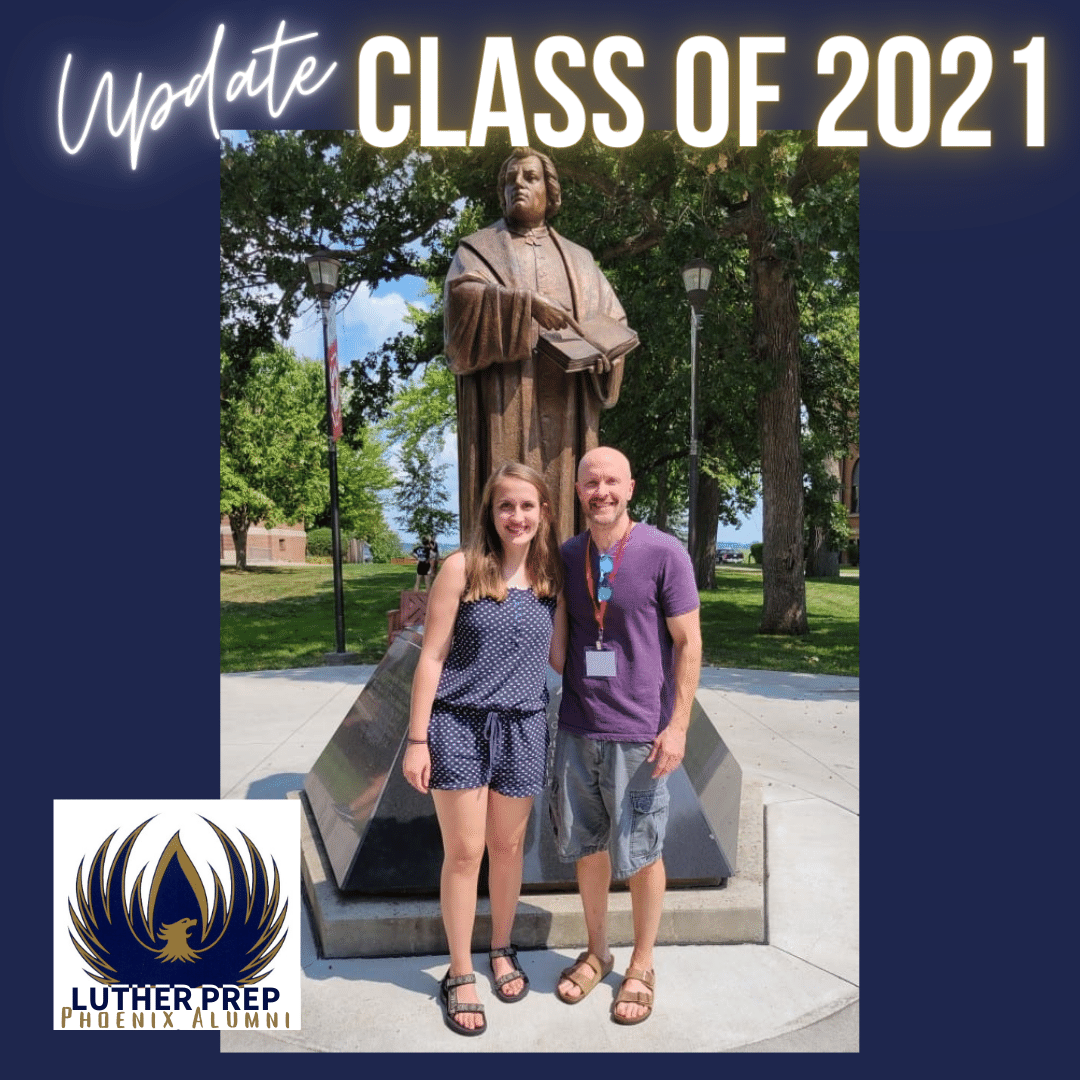 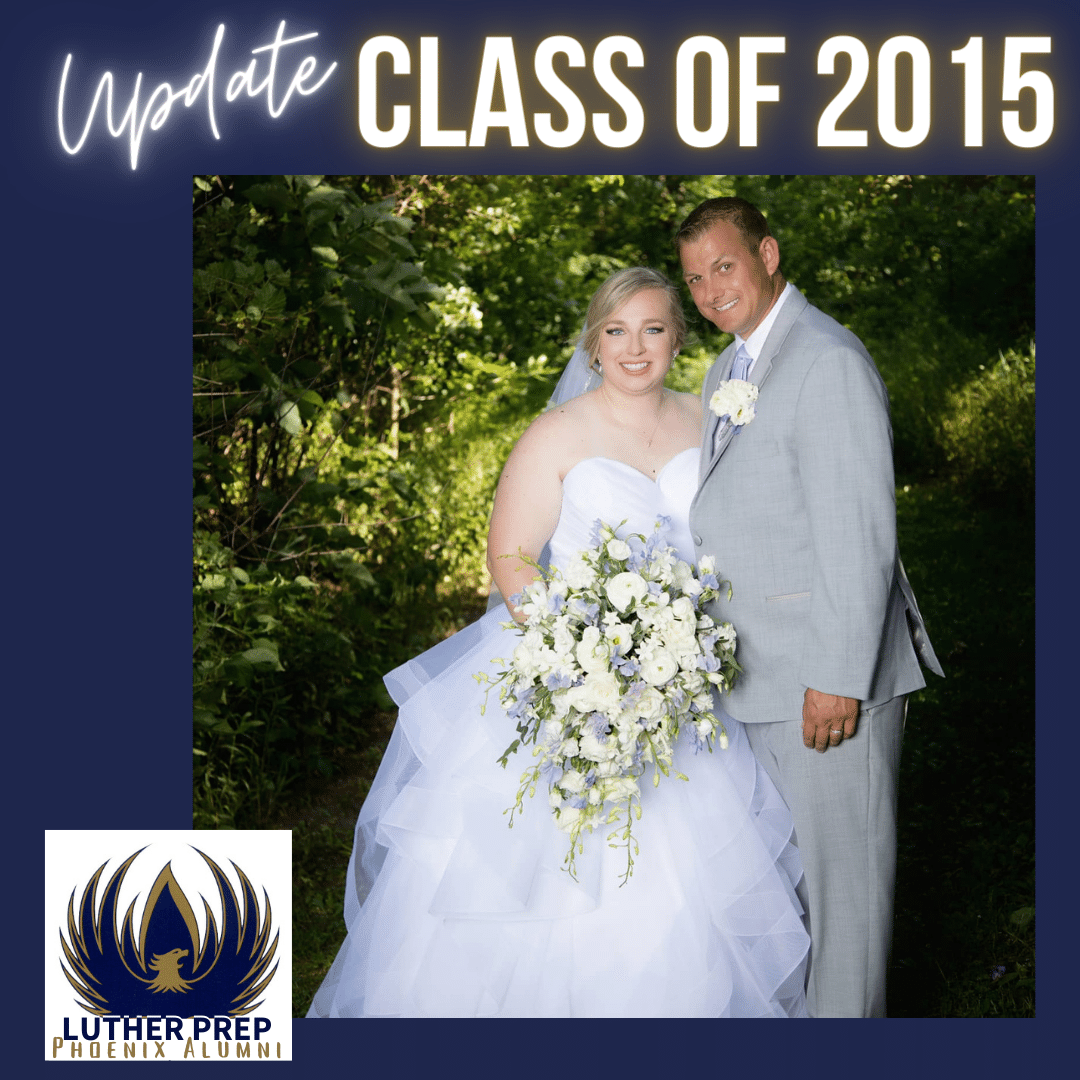 "I recently got married this summer to Robert Deenik."
- Megan (Koester) Deenik, LPS 2015 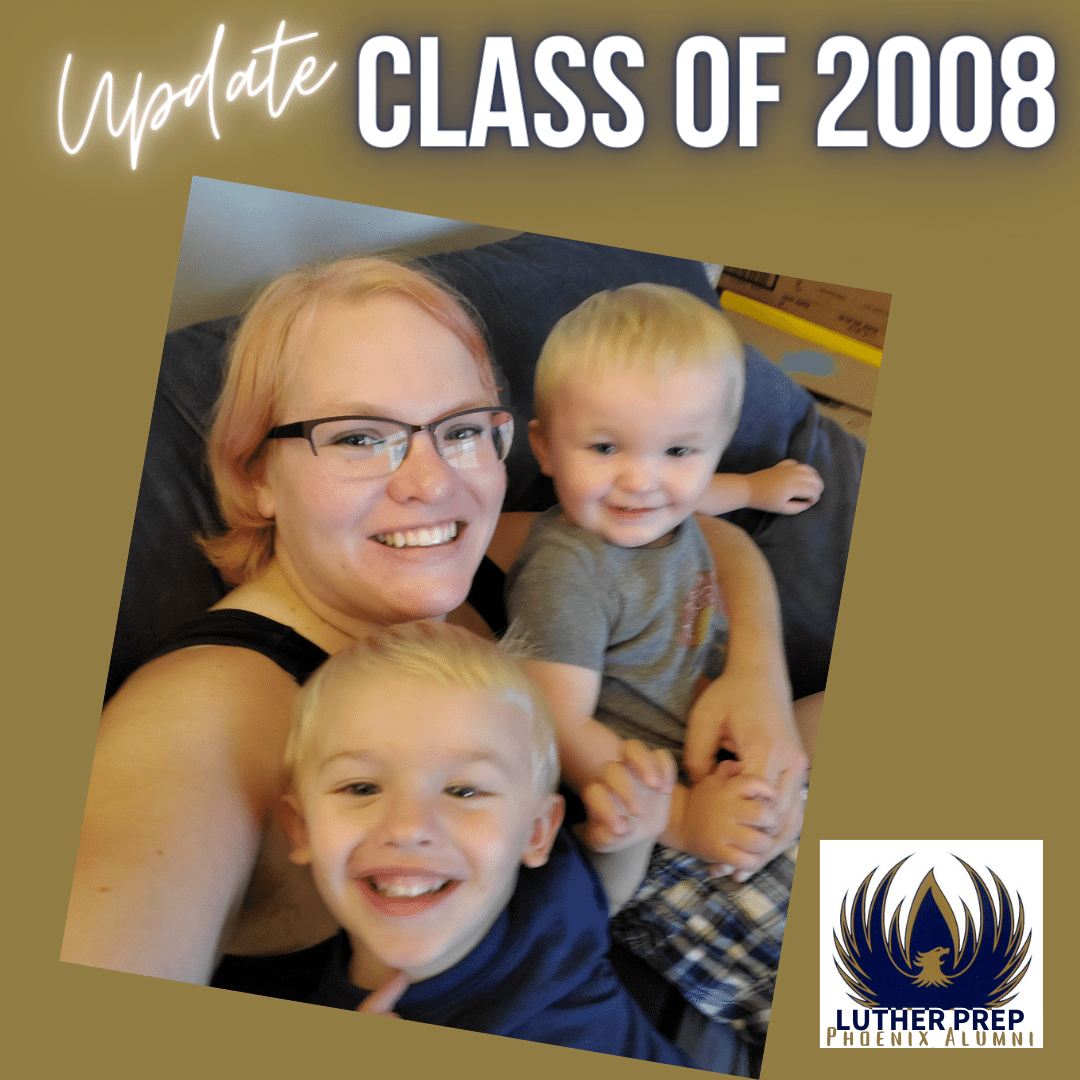 "I met my husband Matt (White Bear Lake HS '07) while attending the University of North Dakota in Grand Forks. I graduated in December 2012 with a BS in General Studies and a minor in Biology. Matt and I got married on June 21, 2014 at Riverside Park in Watertown, Wisconsin. We've been blessed with two wonderful boys, Theodore Glenn (December 2018) and Daniel James (January 2020). We moved from Grand Forks to the northwest suburbs of the Twin Cities in April 2020, and have just purchased our first home in July 2021! I am currently an Assistant Manager at Casey's General Store in Elk River, and Matt works in the Grocery department for Cub Foods in Maple Grove." - Naomi (Fischer) Christensen 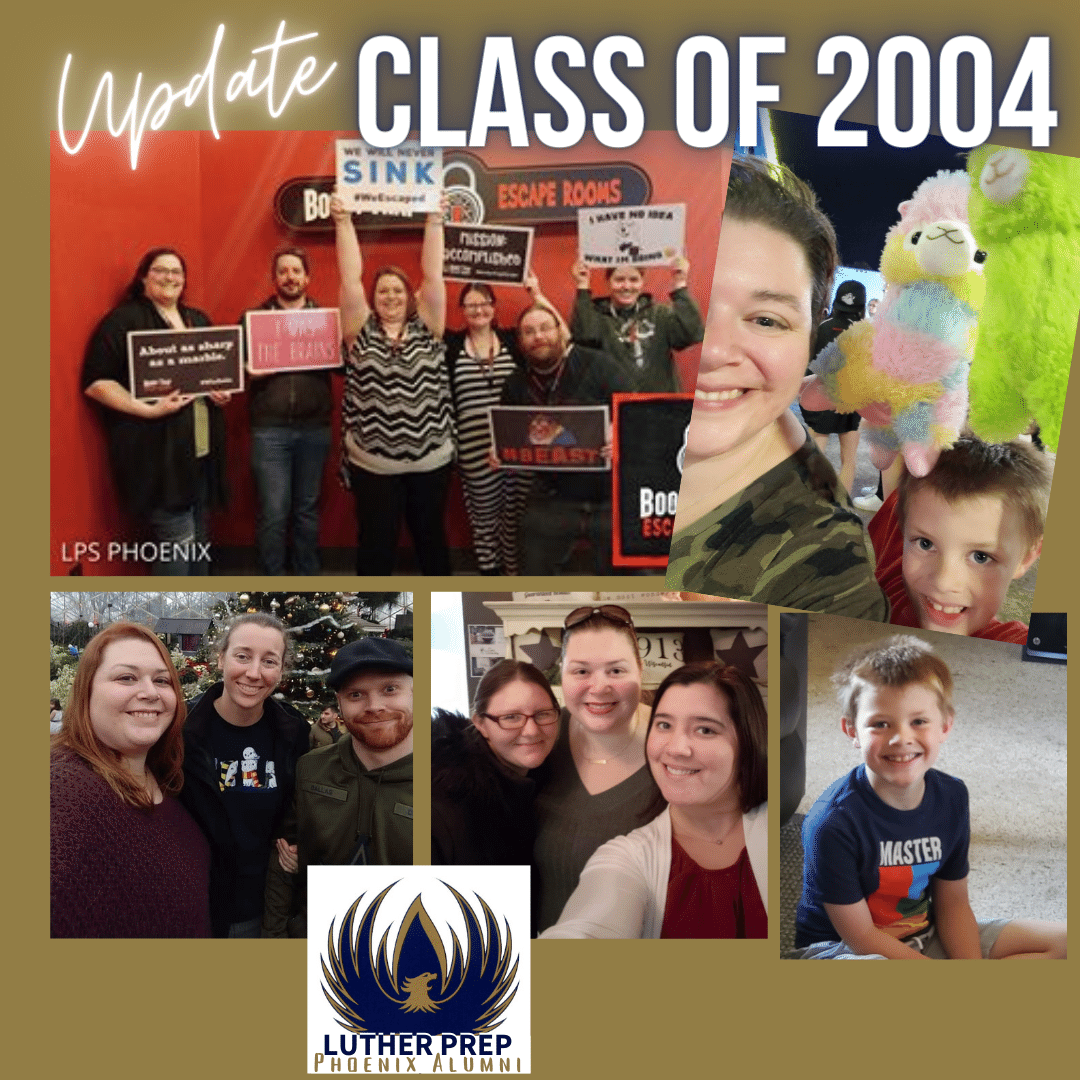 "My son Jonah is 7 years old; he turns 8 in November. I have an amazing job as a Certified Pharmacy Technician for the Ho-Chunk Nation, and recently became certified to administer immunizations as well.
I still see and talk to many of my dear friends from Luther Prep, including Beth (Mau) and Nick Holz (class of 2004 and 2003), Dan and Lauren (Weglarz) Wasmer (C.O. 2005 and 2006), Katie Tesch (C.O. 2006), Loryl (Valledor) Ludgate (C.O. 2003) and my best friend and 3 year Augsburg roommate Ami (Kern) Clifton.
I traveled all over the country for 10 years as an army wife,  and then got to come back home to Wisconsin. I share my home with three goofy cats and my boy :)" - Mandi (Cole) Yaehnke, LPS 2004 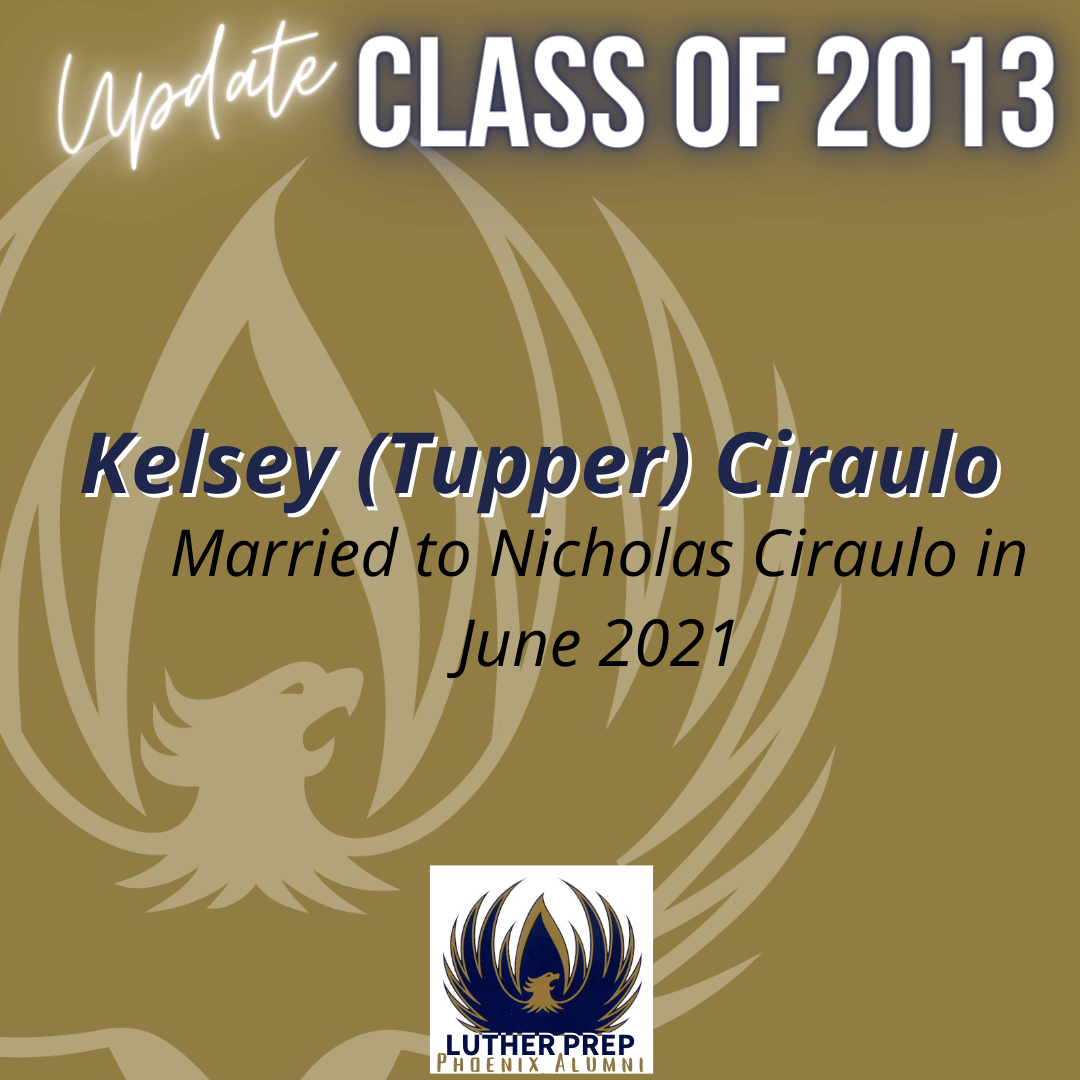 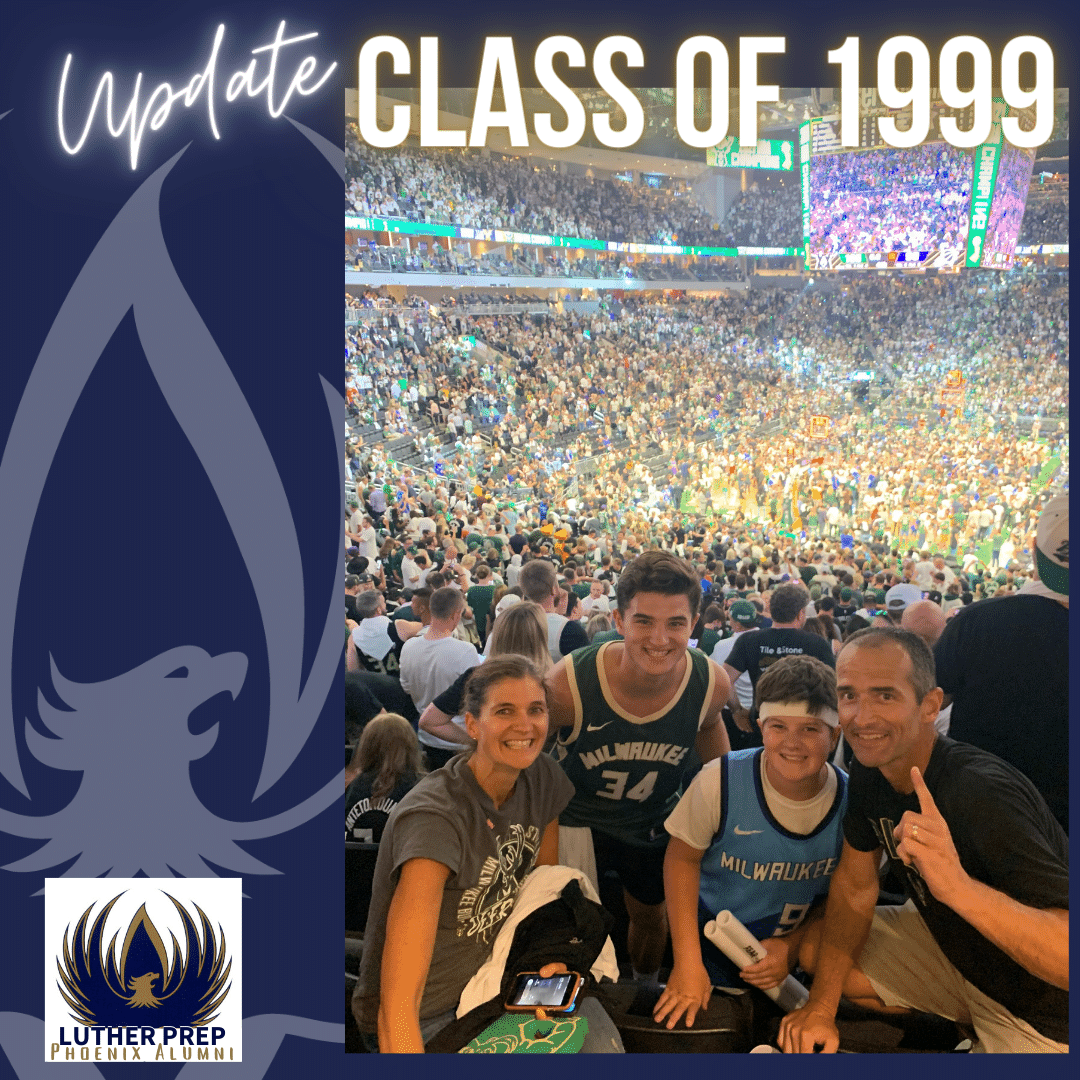 "Bucks in 6!! We were blessed to be there!!" - Carrie (Kobleske) Fitzsimmons 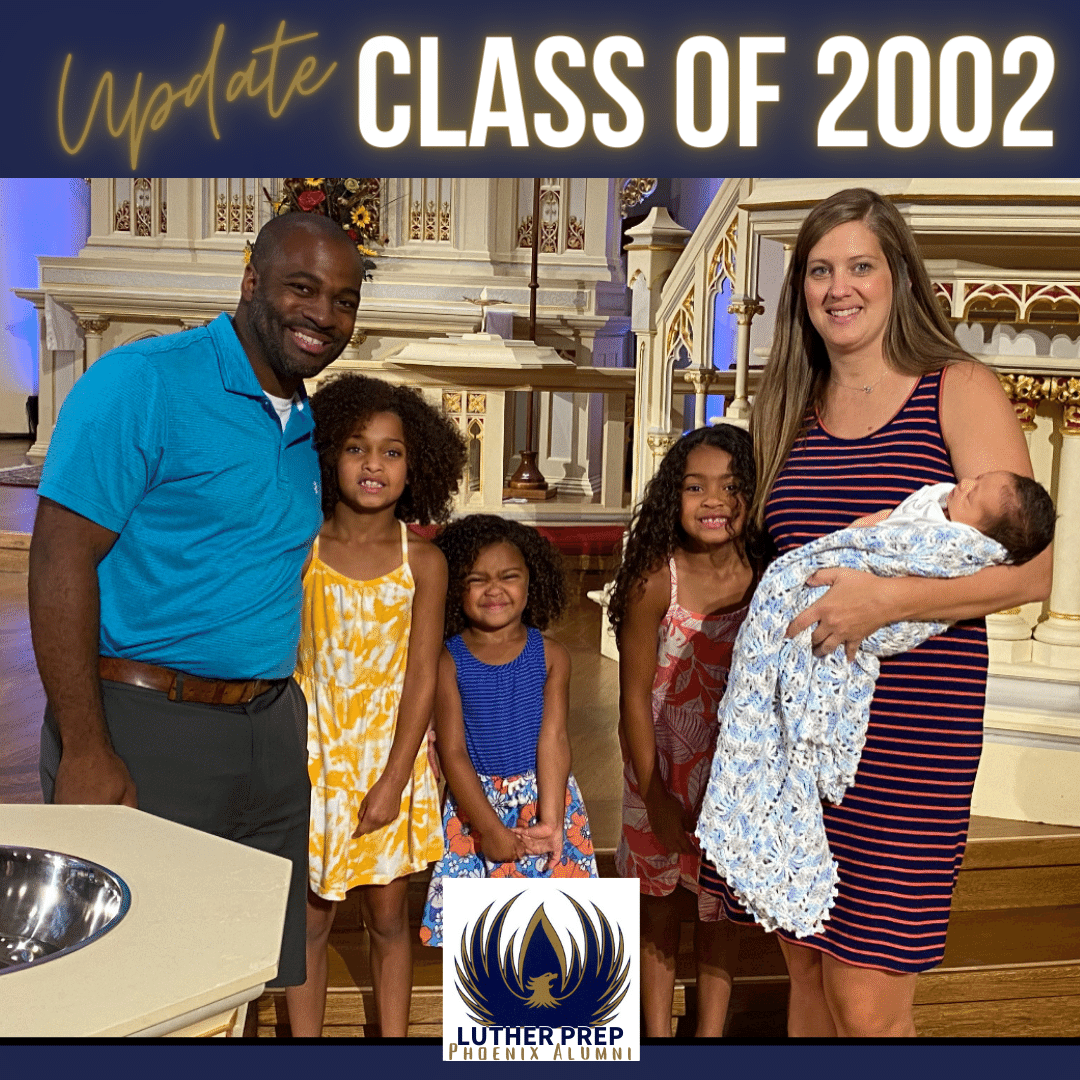 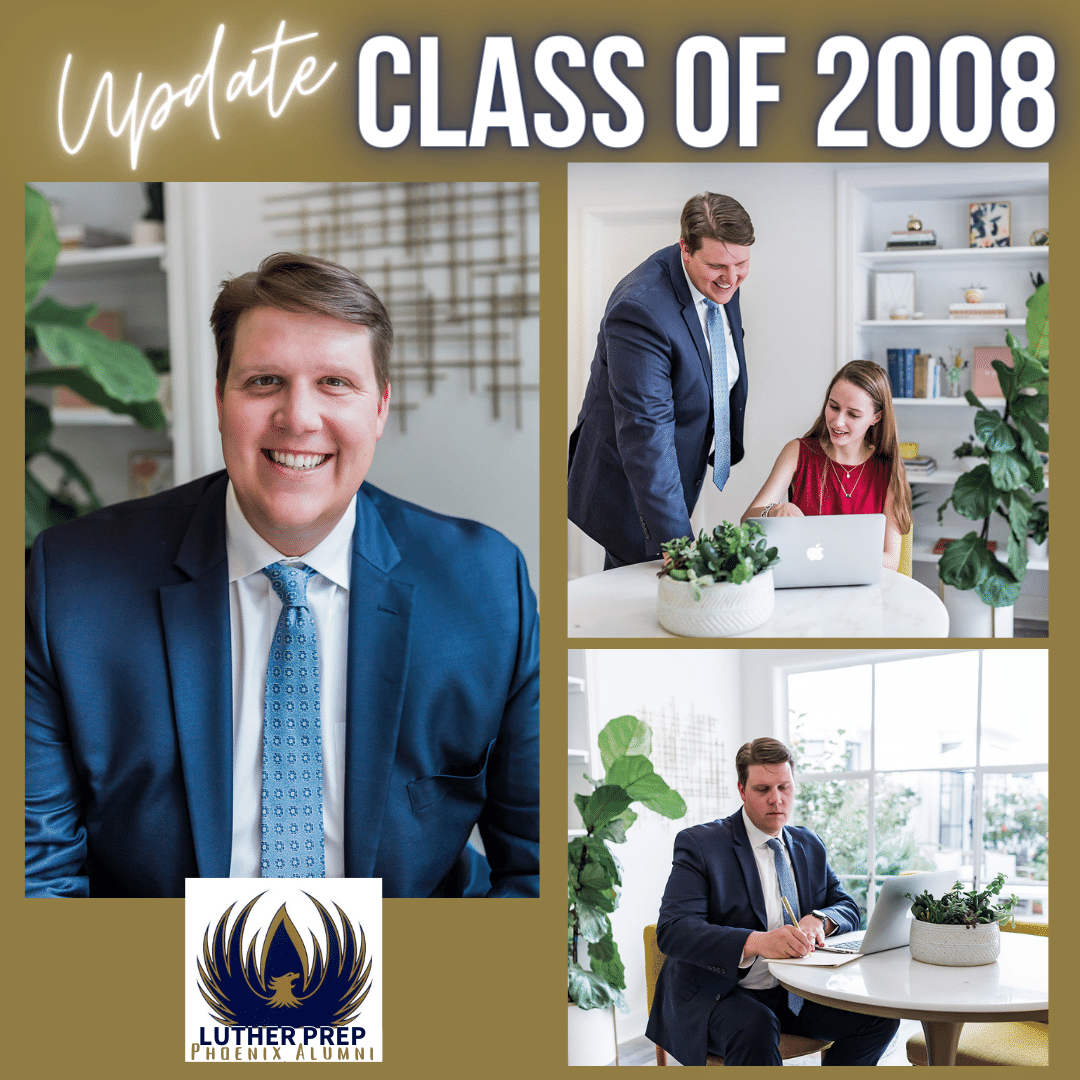 "In 2021, I started a consulting firm to support WELS schools with their enrollment efforts, Enrollment Plus (www.enrollmentplus.co). The idea for the company was created by the success through my volunteer experience on the Board of Education at Carlsbad Christian Academy in Carlsbad, CA (WELS). The school had 22 students in May 2020. In June 2020, I created a new website to showcase our school to our community and implemented digital advertising campaigns. In Aug 2021, Carlsbad Christian has over 130 students Transitional kindergarten-6th. Currently, I support WELS schools across the county from FL to CA. I hope to be a resource to our WELS schools and help them connect with their communities. I also currently serve on the board at California Lutheran High School in Wildomar, CA. It’s been a joy to partner with WELS schools spread the Good News to children through Christian Education." - Brian Polfer, LPS 2008 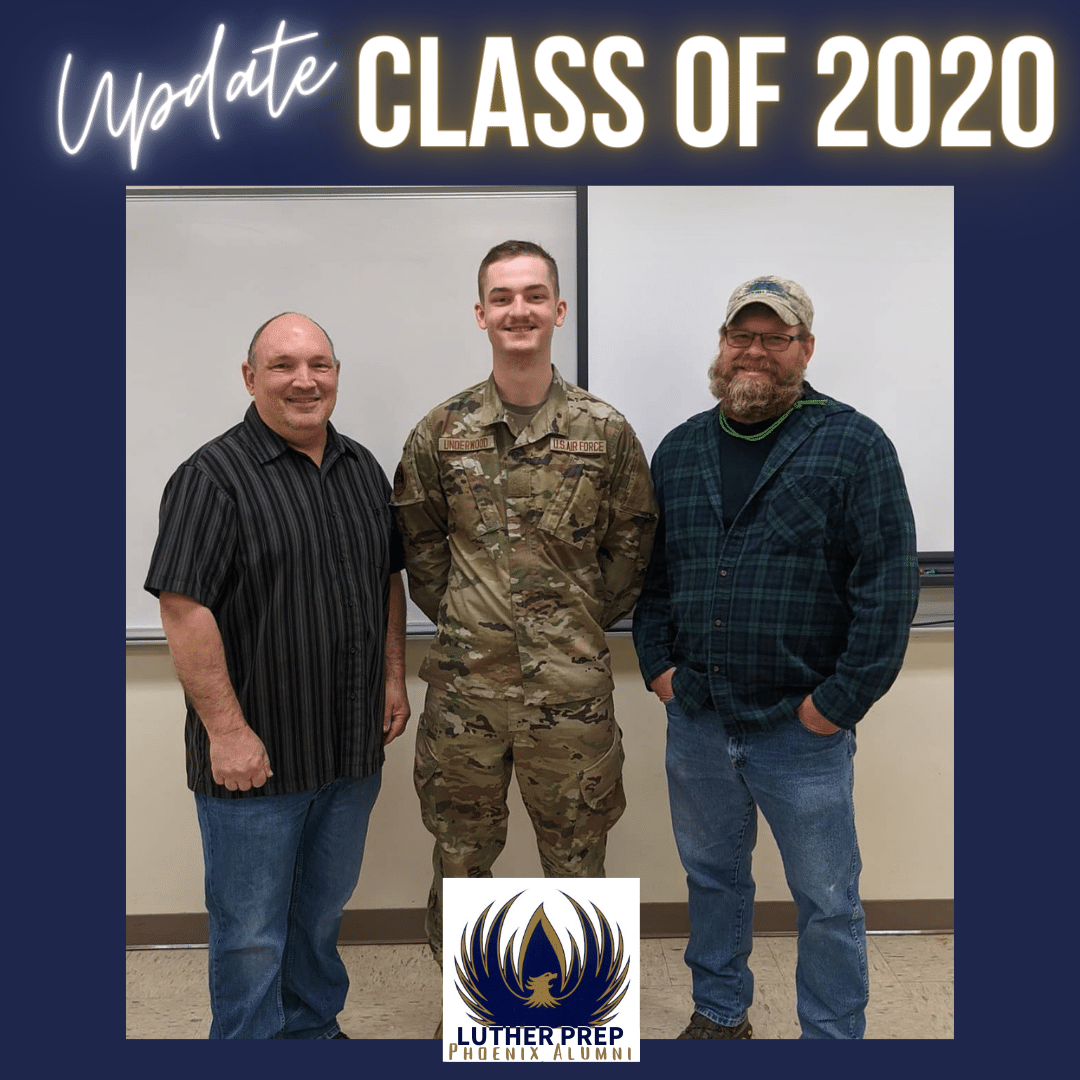 "I graduated Basic Training on November 25, 2020. In the picture provided were my two instructors at tech school graduation. I have now been stationed at Seymour Johnson AFB in Goldsboro, NC since April. DINSTAAR" - Bryce Underwood, LPS 2020 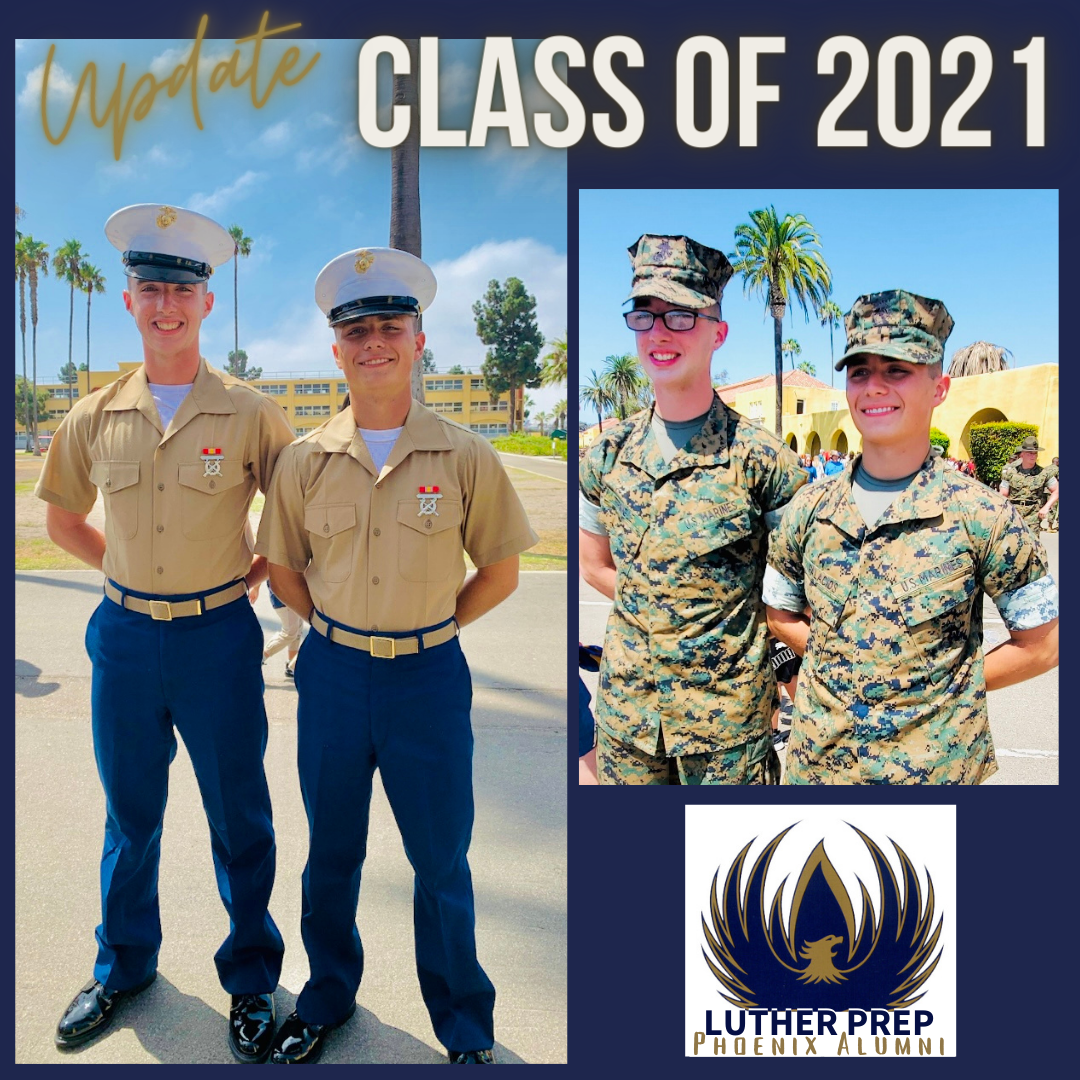