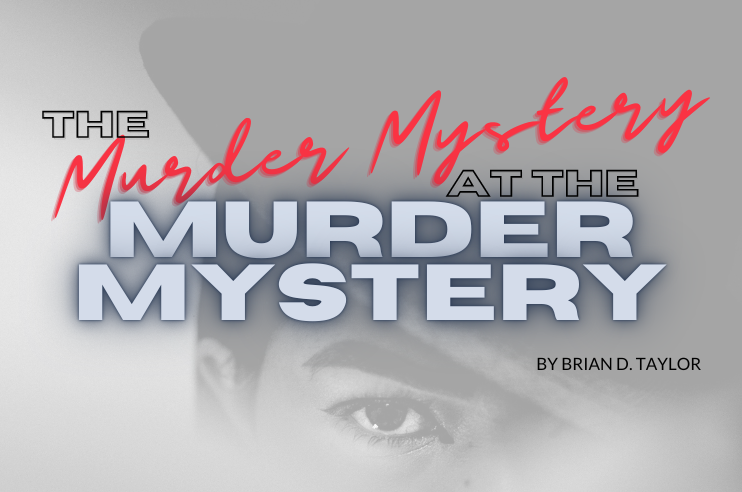 The players at The Murder Mystery Playhouse are rehearsing a new show, Putting a Little English on It. It’s a not-so-good attempt at a British murder mystery, complete with cheesy dramatic music and British accents.
As expected at the final dress rehearsal, the lights go out and a character dies onstage — only this murder wasn’t in the script! The authorities are quickly called, and soon the company finds themselves replaying the death scene. When yet another person dies at the end of the same scene, the cast finds themselves replaying the same scene over and over for other investigators, a theatre critic, and even the playwright himself! But every time they get to the end of the scene, someone else ends up with a fire poker in the chest.
The actors are left scratching their heads at the strange circumstances and also worried that they could be next. It all culminates in a wild surprise ending in which the actors must work together to defeat the murderer before he murders them all. 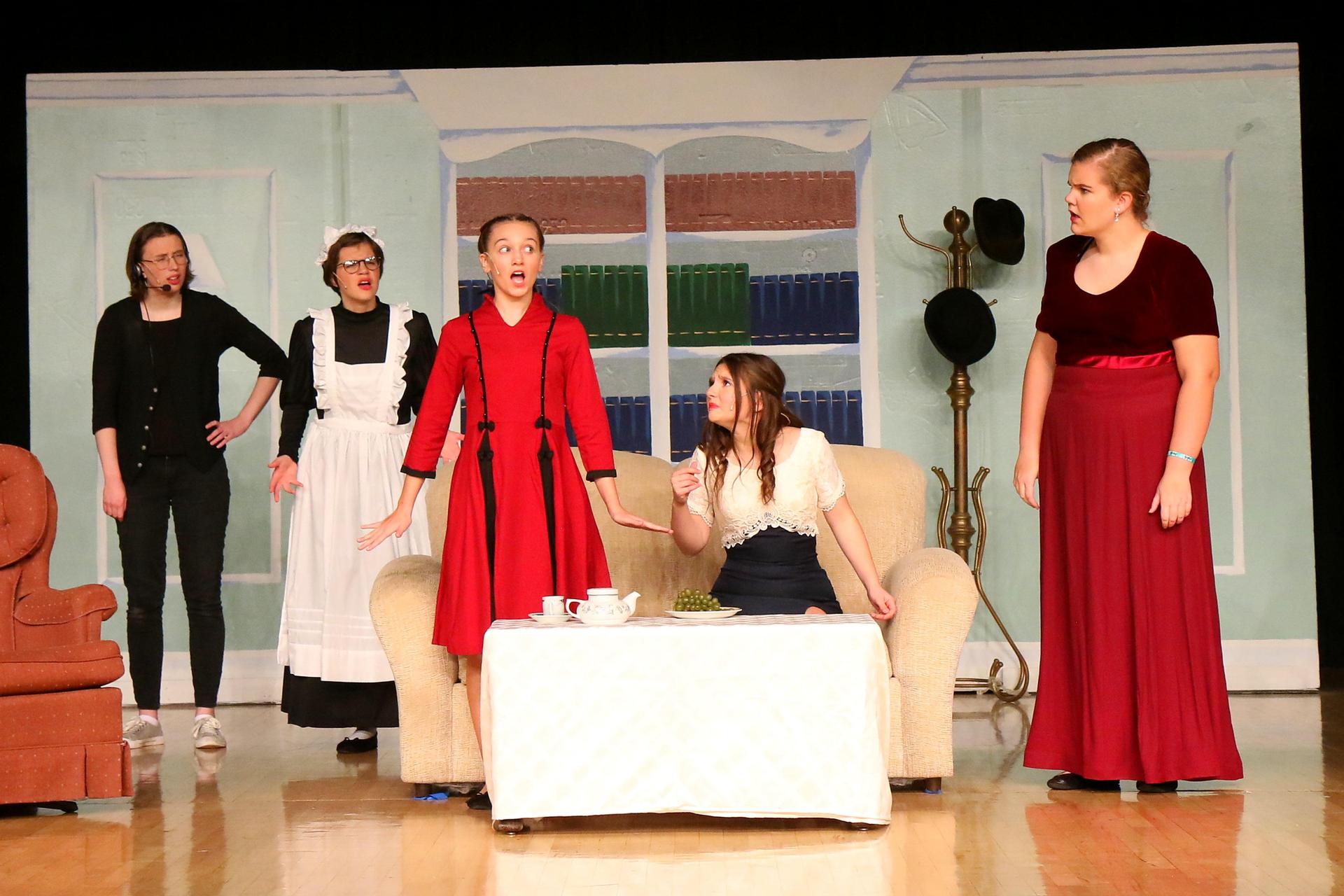