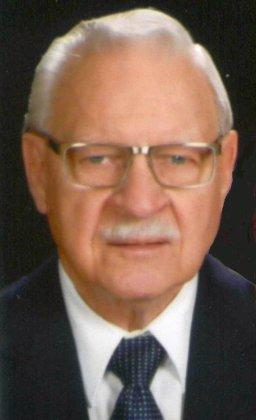 Watertown, WI - On Thursday, April 29, 2021, Reverend Edward William Walter Lindemann passed from life to Life and now is at home with Jesus in heaven. Ed was born in Waukesha, WI on September 14, 1936, the son of Adolf and Olive (Thiesenhusen) Lindemann. The same day he was born again of water and the Spirit in the Sacrament of Holy Baptism. Ed was confirmed in the Lutheran faith at St. Paul's (Tess Corners) on Palm Sunday in 1950. He graduated from Northwestern Preparatory School in 1954 and from Northwestern College in 1958. After graduating from NWC, Ed attended Wisconsin Lutheran Seminary in Mequon. In 1960 Ed was called to serve as a tutor at Northwestern Prep School. Ed graduated from the Seminary in June of 1962, and was assigned to serve as pastor of St. John's Lutheran Church in Stanton, NE. On August 3, 1962, Ed married Ann Eriksson at Lola Park in Detroit, MI. In 1968, Ed accepted a Call to serve as pastor of Salem Lutheran Church in Loretto, MN. In 1974, Ed accepted a Call to serve as Dean of Men and professor of religion at Northwestern College. Ed served at NWC until it closed in 1995. Ed then served as pastor of St. John's in Pardeeville, WI until he retired from full-time ministry on September 14, 2006, having completed 45 years of ministry. In retirement Ed served as pulpit assistant to St. Paul's, Ixonia, WI until 2018. Ed continued to guest preach in retirement, and preached his final sermon on Good Friday 2020.

He is preceded in death by his parents and his brother Earl Lindemann.

The family would like to thank the staff of Angels' Grace for their care.

A funeral service for Edward will be held at 6:30pm on Friday, May 7, 2021 at Trinity Lutheran Church in Watertown with Pastor Brett Brauer presiding. Visitation will take place at the church from 3:00pm until the time of service. Burial will take place on Saturday at the St. Paul's Lutheran Cemetery in Ixonia.

Pederson-Nowatka Funeral Homes is caring for the family. To place an online condolence please visit www.pn-fh.com.